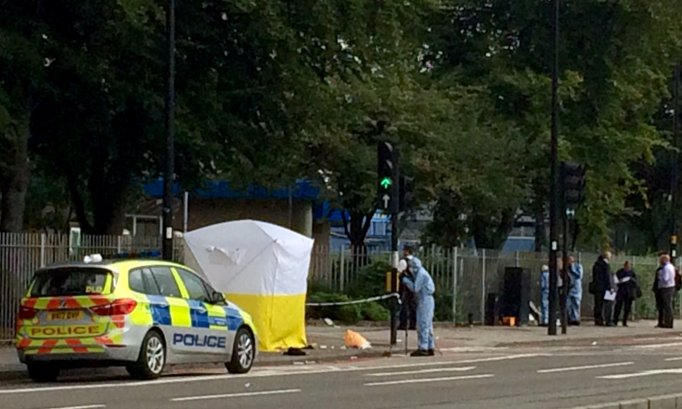 Police have found the cyclist who assisted an officer during the arrest of a suspect in connection with a murder investigation in Camden.

Detectives have charged a teenage boy with the murder which followed an altercation between the victim and the suspect in Granby Terrace, Camden at 11:45hrs on Monday, 4 September.

The 17-year-old male was charged on Tuesday, 5 September with the murder of a 20-year-old man in Hampstead Road, Camden on Monday, 4 September.

He was also charged with possession of an offensive weapon.

He will appear in custody on Wednesday, 6 September at Highbury Corner Magistrates' Court.

A post-mortem examination is due to be held later today, Wednesday 6 September.

Detectives from the Homicide and Major Crime Command are investigating.

They are not seeking anyone else in connection with this incident.

Following the attack, witnesses described seeing the victim lying on the floor and losing blood as another passer-by fought to save his life.

The man was cycling along Harrington Street shortly after the stabbing in Hampstead Road at about 11.45am on Monday.

A man, aged 20, was found suffering from stab wounds and pronounced dead at the scene.

Scotland Yard says the man was not a suspect and has asked him to call the Homicide and Major Crime Command to assist them with the investigation.